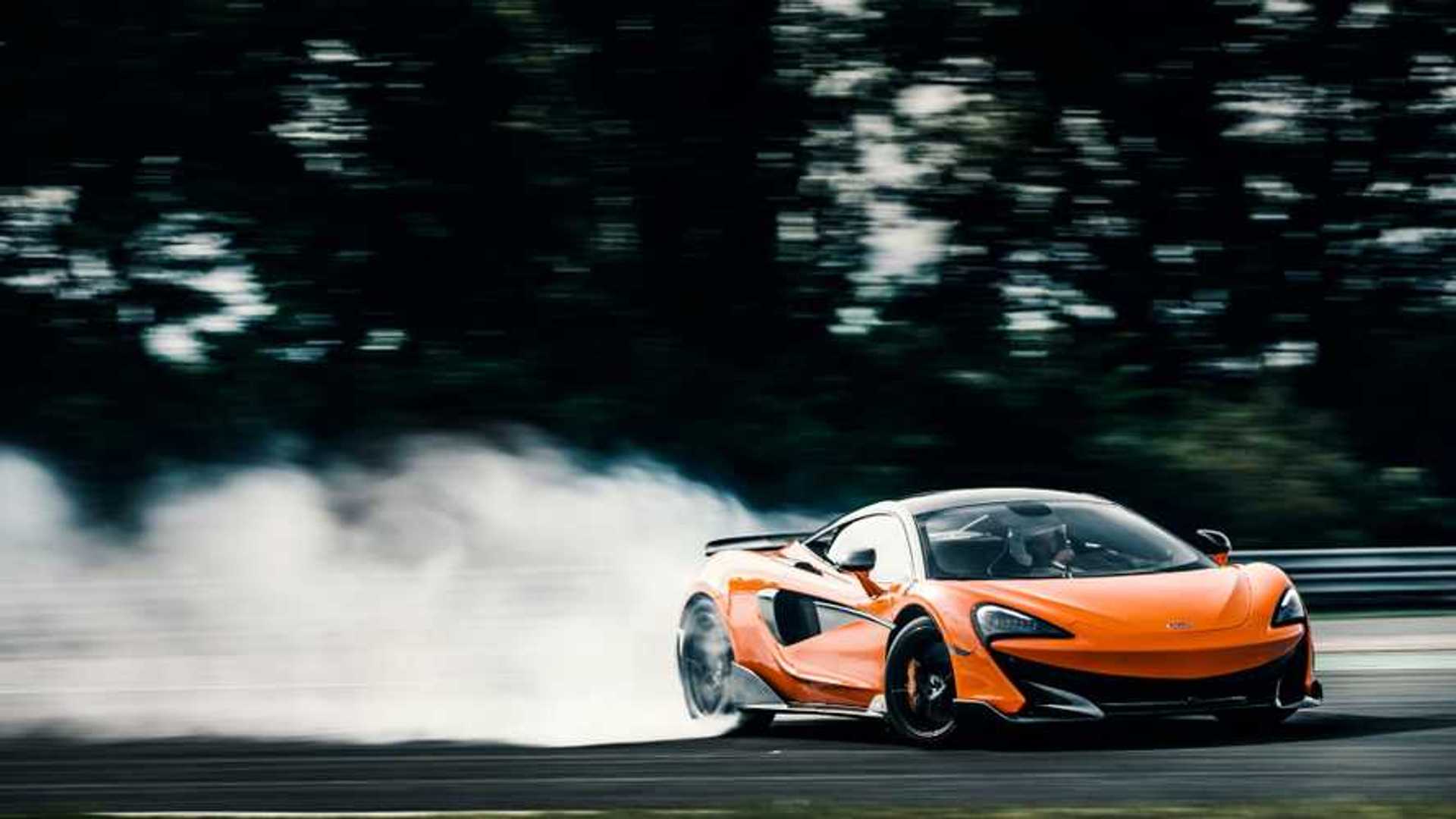 Why The McLaren 600LT Deserves Its Place In 'Longtail' History

McLaren Automotive might only be eight-years-old, but it has been producing Ferrari and Porsche-beating supercars since day one — perhaps unsurprising given its historic motorsport background. Its first efforts were mighty impressive on paper and against the stopwatch, but the cars were accused of being somewhat synthetic — ruthlessly efficient at what they did, but a little soulless. The new McLaren 600LT is proof that the Woking-based brand has truly discovered itself by creating its most emotive car to date.

McLaren is all about pushing boundaries, being innovative, and chasing success. When the McLaren F1 emerged in 1992 it embodied these qualities by utilising the latest Formula One technologies and becoming the fastest road production car in the world. It was never intended that the F1 would go racing, but McLaren being McLaren, a handful of GTR cars entered the coveted Le Mans 24 Hours.

In a landmark moment of motorsport, car No.59 not only won its class, but beat purpose-built Le Mans racers in classes above to take outright victory. It was a truly historic moment, but McLaren’s drive to do better lead them to develop the F1 racer further. This is how the Longtails were born.

Today just 3 original F1 Longtails exist — including the prototype — each featuring the extensive aerodynamic bodywork that gave these cars their name. They are the purest expression of McLaren’s ambition to develop something even greater. We first saw a McLaren Longtail road car back in 2016 in the form of the 675LT. It was a limited-run car based on the potent 650S and arguably McLaren Automotive’s coming of age.

The new 600LT is based on the smaller 570S Sport Series car, but it is by no means the 675LT’s junior. An aggressive aerodynamic package consisting of a jutting splitter, distinctive skirts, a full-width diffuser, and substantial fixed rear wing enables cornering speeds that surpass that of its 675LT forefather. The package adds 100kg of downforce, but aero is only one part of the LT equation.

Engineers put the car on an extensive diet, even deleting things such as the glovebox, to shed 100kg of weight overall. You can even option a pair of minimalistic carbon fibre seats from the all-mighty McLaren Senna for the lightest specification possible. A quirk of shortening the exhaust pipes, again to save weight, means that they now exit on top of the car, just ahead of the rear wing. A distinctive trait, especially as they now shoot flames skywards with very little encouragement.

The Hungaroring F1 track can be a formidable foe. Its 14 corners map out a torturous lap of high-speed braking zones, technical chicanes, elevation changes, and late apexes. To add to the jeopardy it had rained overnight, meaning that the morning sun had its work cut out to dry the 2.7-mile circuit.

From the moment you climb into those body-hugging Senna seats and fire the engine, you immediately notice the increase in theatre over a 570S. The rumbling of the 592bhp twin-turbocharged 3.8-litre V8 engine is even more pronounced with those cannon-like exhausts now only feet from your eardrums. Gripping the Alcantara wheel and venturing out on track gave the 600LT the opportunity to prove its worth without the restrictions of the road.

Light the fuse on those turbos and you are catapulted out of the pit exit with the full force of 457lb ft of torque. There’s a momentary pause as the turbos spool, but after just a whiff of lag they are away. Turn 1 is an aggressive manoeuvre to pitch the car towards the apex, however, the 600LT didn’t resist and homed in on the kerb without hesitation. Its turbocharged engine is perfect for rapidly building momentum out of corners, masterfully conducted by a responsive seven-speed gearbox — every snatch of a paddle yields an immediate change.

The next complex series of corners with elevation changes revealed just how tactile this chassis is with the driver receiving plenty of feedback. You can feel the delicate movements of car beneath you as the track falls away and then rises, while the steering keeps you informed as to what those front tires are up to. This freedom of information between man and machine is what gives you the confidence to push the 600LT. The same goes for the brake pedal which is easy to modulate and provides plenty of stopping power via carbon ceramic discs and a brake booster pinched from the McLaren Senna.

At higher speeds aerodynamics come into play but, through the challenging corners of the Hungaroring, it’s the mechanical grip afforded to this car that’s most noticeable. A direct comparison with a 570S earlier in the day showed the Longtail to be keener to get its nose into a corner and capable of carrying much more speed through the bend itself. Its bespoke Pirelli P Zero Trofeo R tires provided plenty of bite, particularly a few laps in and up to temperature.

That said, the 600LT isn’t all straight-laced lap times and no fun. Just like the 570S there’s a playful nature to this car that makes exploring the limits of adhesion a bit of a game. In the event of the 600LT breaking traction, that aforementioned communication and predictability make it easy to reign things back in.

The McLaren 600LT isn’t just a collection of impressive numbers. Sure, it’s hard to ignore the 675LT-rivalling 0-62mph dash of 2.9 seconds, but this car is much more about the thrill of driving. In the same way that a Porsche 911 GT3 is your willing partner in whatever mischief you get up to, the 600LT is one of those cars that puts a great big grin on your face. It’s a flattering thing to drive and absolutely worthy of the Longtail name.

McLaren hasn’t put a number on the limited run of 600LTs it will build, but the final figure won’t be a million miles from the 500 units of the 675LT. To get your hands on a McLaren 600LT you’ll need £185,000 ($240,000) which isn’t an inconsiderable sum of money. However, it’s some £30,000 cheaper than a Lamborghini Huracan Performante. Factor in the last 675LT is now changing hands for well over list price, you might even see the 600LT as a bargain. However you justify your purchase, you won’t be disappointed. 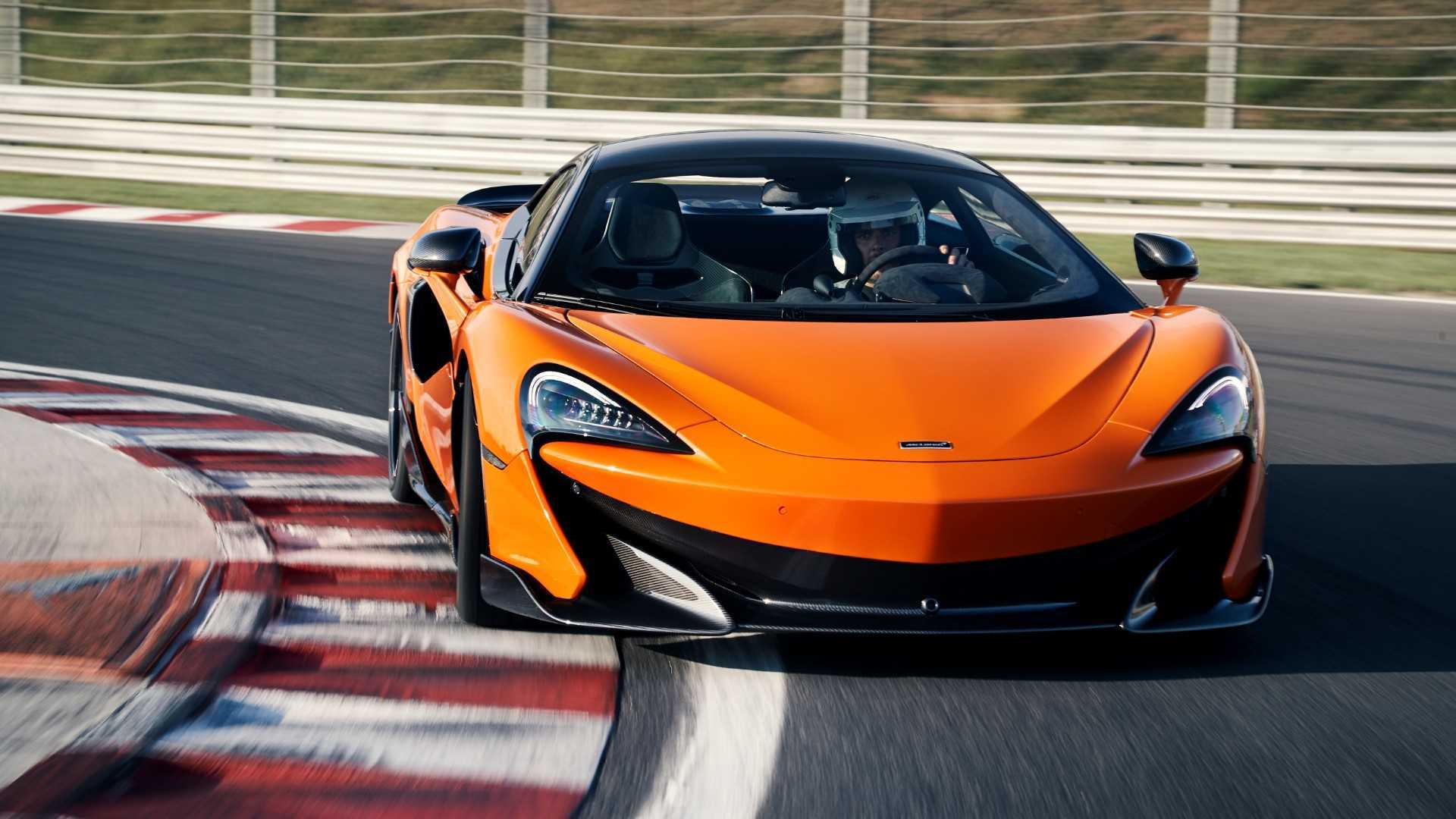