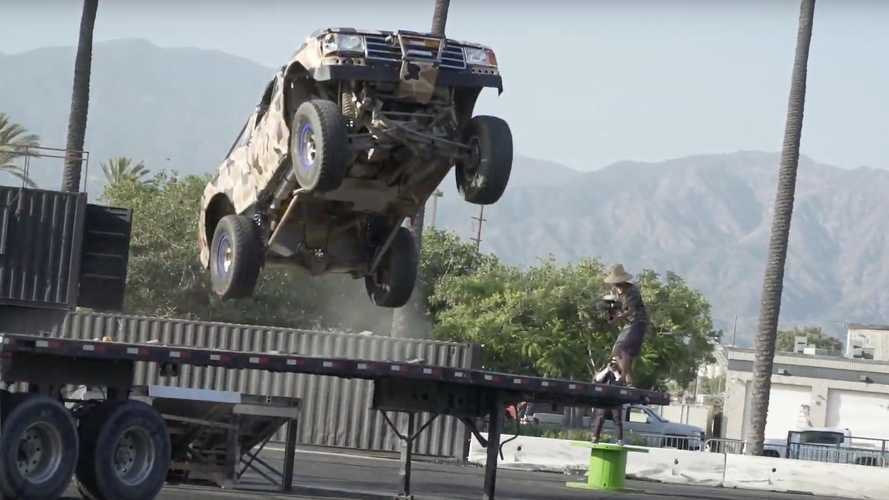 What happens you have a supercar, ramp, and Bronco?


What happens when you have a ramp, a Ford Bronco, and a tuned McLaren 720S? Well, I’m sure you can guess what happens next as the guys from Hoonigan attempt to jump a Ford Bronco over a McLaren.

To build a truck to handle jumps reliably you need a strong frame, heavy-duty, suspension, and a lot of confidence. Luckily Mike Cox of Hoonigan possess all three thanks to his fully built Ford Bronco. Cox’s Bronco is powered by a junkyard 6.0-liter LS V8 engine which has some mild cams. The real power is thanks to its completely custom exhaust manifold which dumps right out of the front fender.

Although Cox crashed his Bronco into shipping container barriers twice during testing, his Bronco was still able to soldier through and jump over a McLaren. The McLaren 720s features in the video were tuned up to 1,000 horsepower which certainly helps with drifting the supercar around the cramp staging area.

Thanks to the Hoonigan Team’s extensive knowledge in jumping cars and trucks this stunt went off without any major issues. They also make it look easy even though something this risky requires a great deal of planning to get just right.

You Can Drive Ken Block's 1,400-HP Hoonigan Mustang In Forza 7

Even though Cox jumped his Broco over a dozen times, he experienced no issues. This is a true testament to the quality of his build and durability of the Ford Bronco. Anything short of a trophy truck would’ve had a hard time keeping up and surviving this torture test.

The team at Hoonigan know exactly how to have a good time and enjoy cars to the fullest. Their passion for these wild stunts and ability to pull them off safely it a true testament to their knowledge of cars and how they behave in all types of situations. 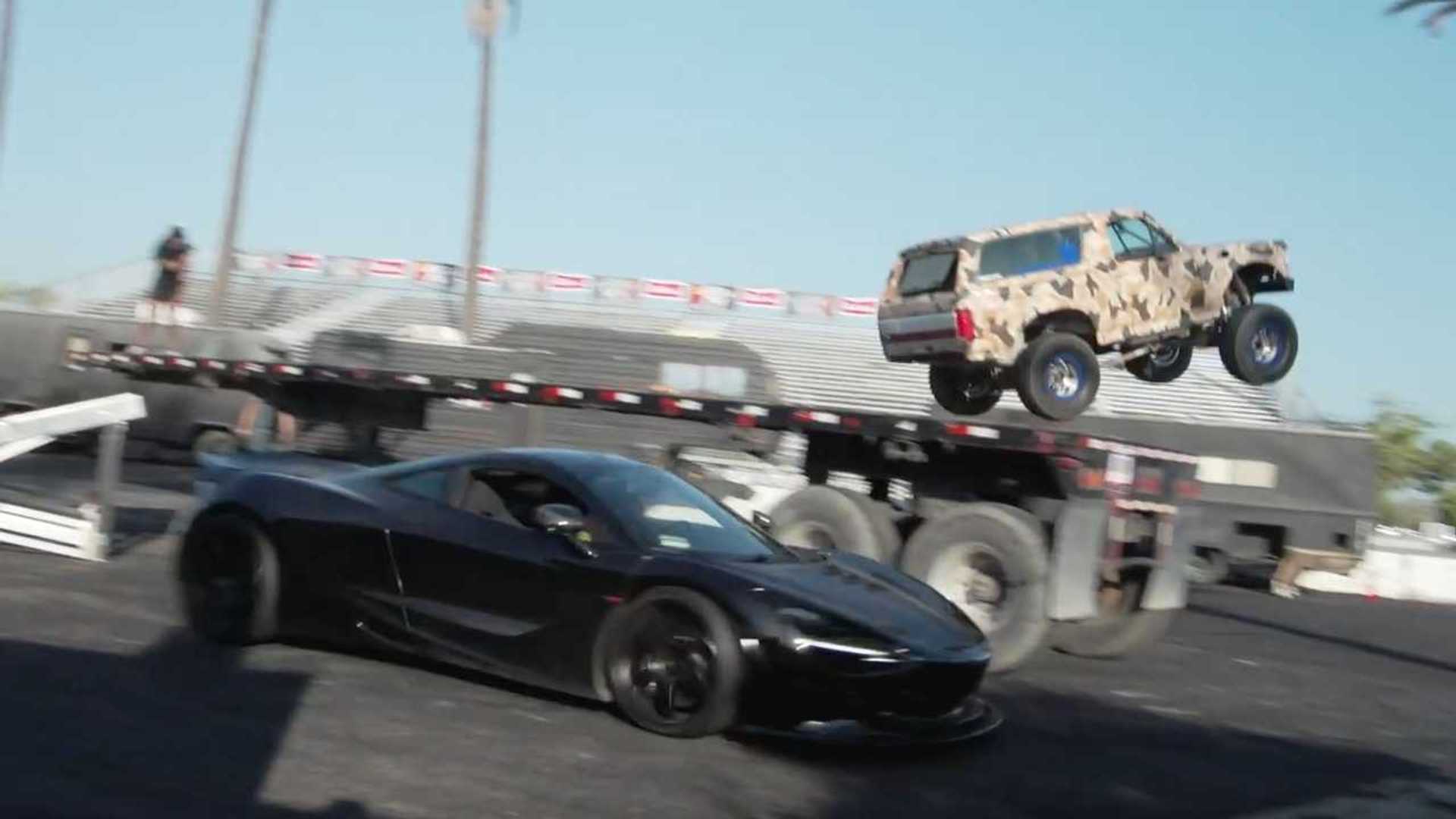 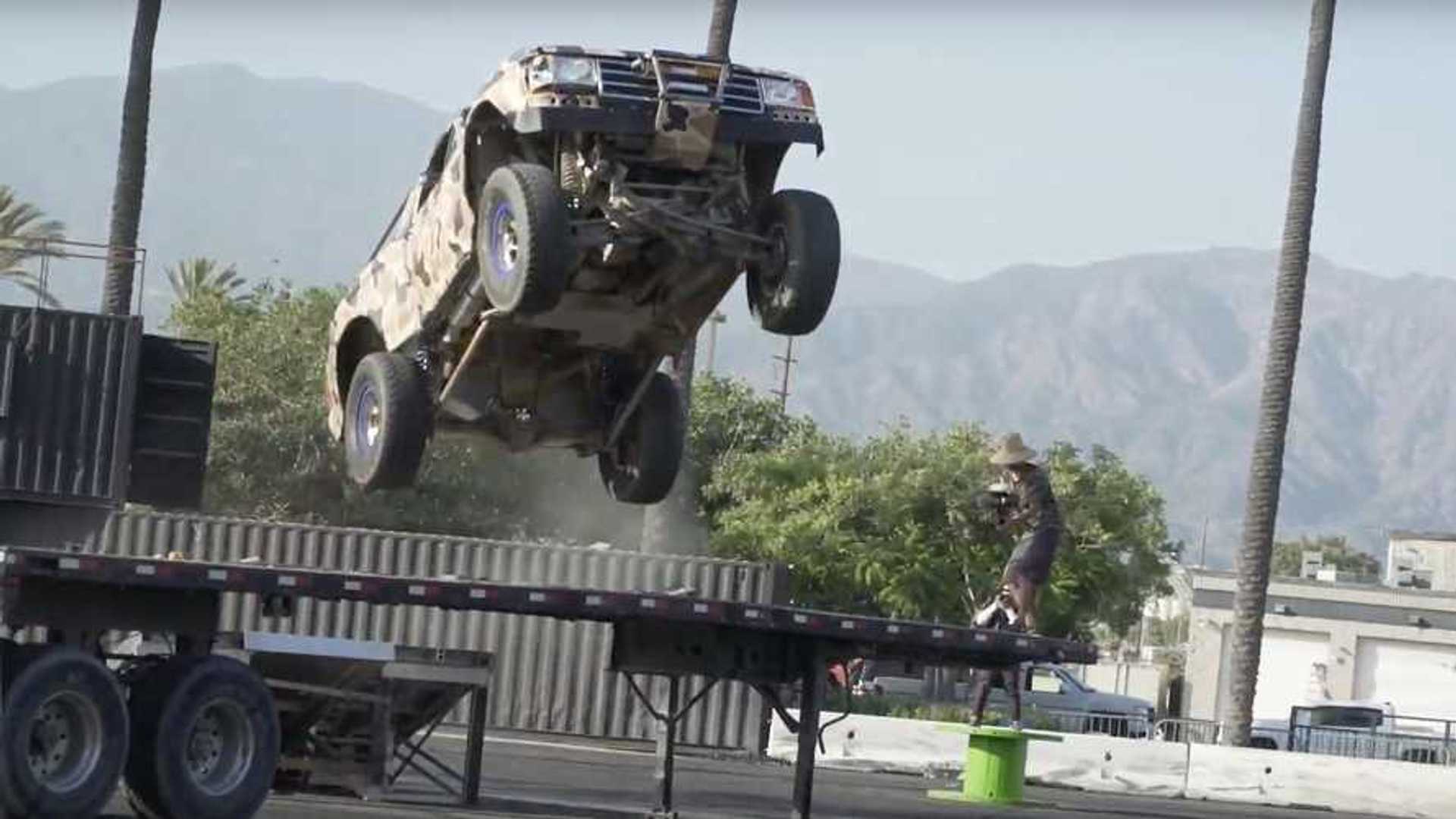