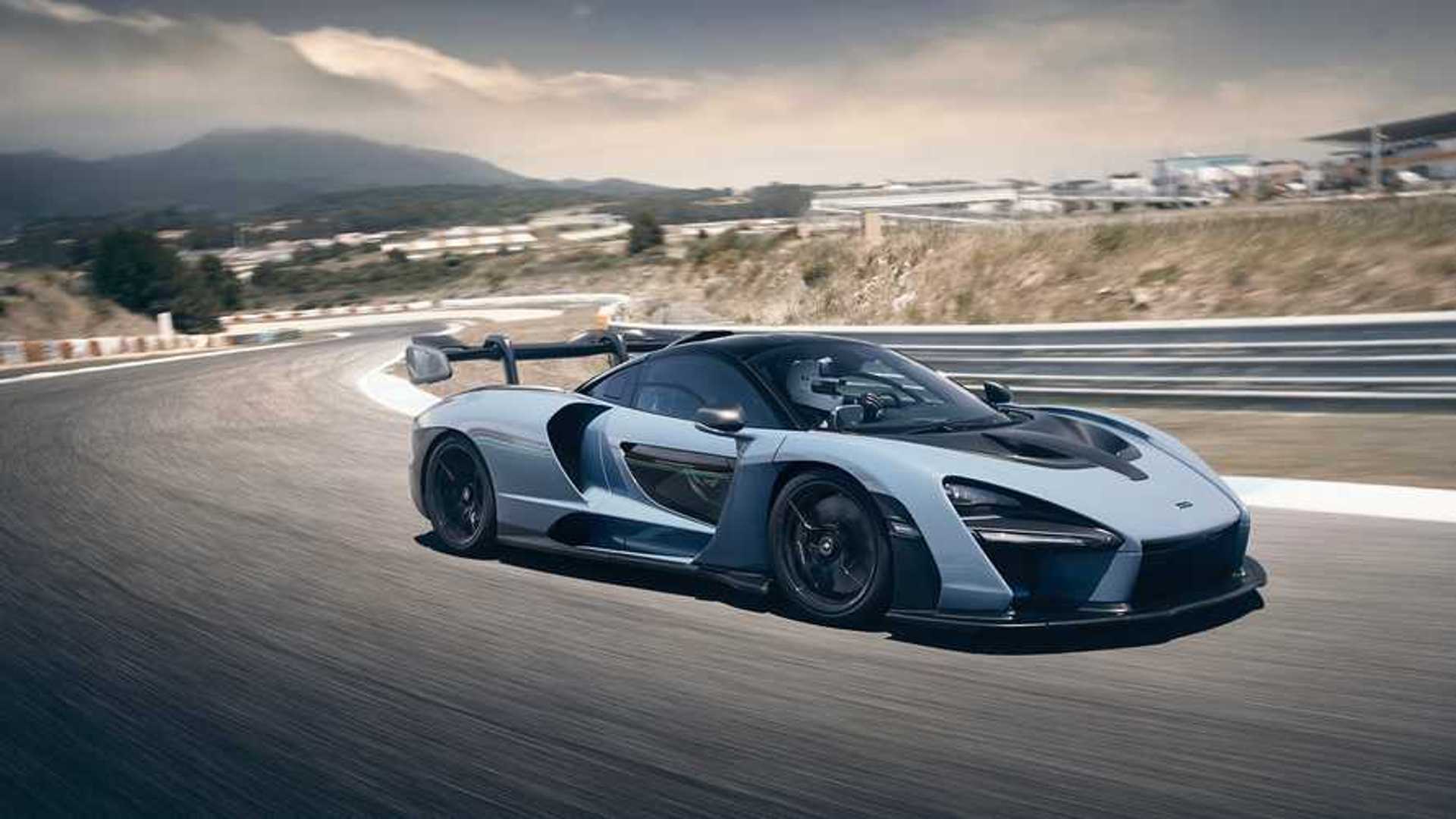 Taking The McLaren Senna To Its Spiritual Home

The McLaren Senna is named after arguably the most fame racing driver of all time. We drive the Senna where its namesake won his first F1 grand prix.

When McLaren announced that its latest Ultimate Series car was to be called the Senna, the world drew breath. To name your car after one of the greatest racing drivers of all time is a very bold move — even for a brand as prestigious as McLaren.

Ayrton Senna claimed three Formula 1 world championships and countless lap records before his tragic death at Imola in 1994. He had a reputation for scientific attention to detail, but also an untempered passion when behind the wheel. With this at the forefront of our mind just moments before being among the lucky few to drive this front-page star, I couldn’t help but ponder whether this car – nay, any car – could possibly be worthy of the Senna name.

It was no coincidence that our first taste of this ‘1 of 500’ supercar was to take place at the famed Estoril circuit in Portugal. Here a legend was born in 1985, as a 25-year-old Ayrton Senna claimed his first-ever Formula 1 victory, bettering icons of the era in challenging weather conditions. We saw glimmers of genius in prior races, but it was this win that announced Senna as a future champion. So, hallowed ground indeed.

The track itself is an old-school circuit with very little room for error. The gravel traps are few, the barriers close, and peak speeds high. Long straights lead into hard braking zones and tire-torturing technical sectors.

The McLaren Senna strikes an aggressive pose in the pit lane, cutting a distinctive shape into its surroundings. Science has sculpted this car with every crease, vent, duct and sill earning its place. No less than 800kg of downforce is generated thanks in part to that huge rear wing and intricate double diffuser. It’s not a beautiful car, not in the conventional sense, but its conviction to function has its own beauty.

This extreme package also makes use of active aerodynamic surfaces to continuously trim the car for optimum balance. The single goal of this project was to create the fastest track-focused road car McLaren has ever built. A bold claim considering the brand’s past efforts.

A big focus on lightweight construction in the Senna enables a dry weight of just 1198kg. In 1981 McLaren pioneered the carbon fibre monocoque in Formula 1, and today that same technology features in the company’s road cars.

At the core of the Senna is the latest-generation Carbon Monocage, which is one of the lightest but also the strongest McLaren has ever made. Carbon is used extensively throughout the Senna, allowing components such as the front fender to weigh as little as 650g or the entire door construction just 8.8kg. New centre-locking wheel nuts reduce rotational mass, as do a fresh set of nine-spoke rims.

The weight saving continues within the cabin, where you’ll find a pair of racing seats weighing just 3.36kg each. You sit low in the chassis, bonded to it via racing harnesses and the large carbon bolsters of the seat. It may surprise you that all-around visibility is remarkably good – not just for a car of this calibre, but good full stop. This is amplified by the clear lower sections in the doors, which give the driver an even greater sense of where the car is mid-corner.

Reach upwards and push the roof-mounted starter button to fire the Senna into life. The twin-turbocharged 4.0-litre V8 erupts, announcing that 789hp is now at your disposal. Selecting race mode begins a metamorphosis that takes this supercar from fast and road legal, to faster and not so. The ride height drops by as much as 39mm in order to create a vacuum that literally sucks the car to the track at speed. Its engine and gearbox are at their most ferocious while the active rear wing is primed for action.

The McLaren Senna exits the pit lane with the velocity of a rifle bullet, now treading the very same Tarmac as its namesake did. The lack of hesitation and unrelenting force make its turbocharged engine a true marvel. It’s not just the initial acceleration that’s impressive, as 590lb ft of torque surges this supercar onwards without pause for breath. You are sucked back into your seat as the car achieves 0-124mph in just 6.8 seconds.

Keeping this performance in check are a set of next-generation carbon-ceramic brakes that, when combined with the airbrake, are capable of generating 2.1G if you stomp on the pedal hard enough. Doing so at 124mph will see the car come to a complete stop in less than 100 metres.

These discs also run up to 150 degrees cooler than regular carbon brakes, allowing for more aggressive use on track. The Senna’s stopping power gives you the confidence to exploit its outright speed, safe in the knowledge that you have the tools to keep it out of the gravel.

Then there’s the way it corners… A small precise motion on the steering wheel results in an immediate response whereby the Senna homes in on the chosen apex. The body remains composed and the lateral grip on offer from the Pirelli P Zero Trofeo R tyres is incredible. You have total command over what happens next, with the McLaren able to facilitate your will as and when requested.

This physics-defying ability born out of possessing 40 percent more downforce than a McLaren P1 makes the Senna a remarkably easy car to drive quickly — although one that you still need to respect. Become a little too greedy with the throttle upon corner exit, and the rear wheels will break free. Thankfully the communication between man and machine means that such an event never comes as a surprise.

Nearly $960,000 is no small sum, but in a world of £1million supercars the Senna could actually be seen as a bit of a bargain. It is less than its Ultimate Series sibling, the P1, and faster in terms of lap time. Factor in the provenance and its rarity, and the McLaren Senna is a guaranteed future classic.

The Senna project, or P15 as it was known then, started back in 2015 with ambitious targets and a lot of expectation surrounding it. McLaren’s unwavering conviction, focus and attention to detail have delivered one of the most capable machines to ever grace tarmac. A car with the ethos of a Formula 1 legend.