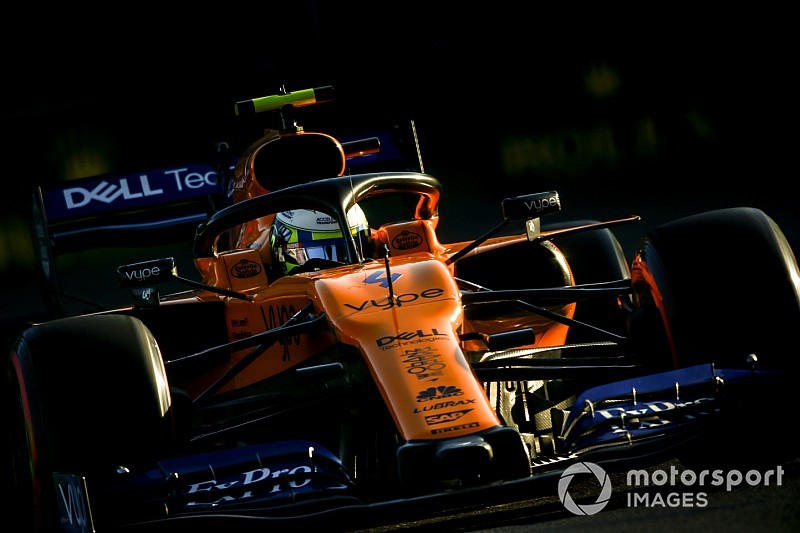 McLaren needs to be self-critical to succeed - Seidl

McLaren's new boss Andreas Seidl has suggested the outfit will need to be self-critical and open to change if it is to achieve success in the future.

Ahead of his first official appearance as McLaren's team principal in Spain this weekend, Seidl has explained the qualities that he believes an F1 outfit needs if it is to make progress.

"Success in motorsport is always a big team effort," he told McLaren's official website. "You need to have an efficient organisation in place with the right talent in the right positions.

"People need to feel valued and be aware of the importance of their specific role to the overall success of the team. It is important to give the team a clear vision and a clear target.

"You are up against the best in this sport. You need to create a spirit and a mentality inside the team which drives everybody forward day by day.

"This means being self-critical, questioning yourself every day, being open-minded and open to change, striving for permanent improvements, accepting risks and failures, learning from your mistakes, and respecting your competitors."

Seidl has praised the progress that McLaren has made since last season under the leadership of CEO Zak Brown, but he is under no illusions about how much more it needs to do.

"It's very encouraging to see the step forward the team has made over the winter," he explained. "The changes that Zak initiated last year – Pat Fry returning to the team, promoting Andrea Stella, bringing in Gil de Ferran, securing James Key, signing Carlos and Lando – are already paying off.

"The fundamentals have been put in place to move forward. There's a lot of positive energy and momentum inside the team right now. At the same time the gap to the top teams is still big, and there is still a lot of work ahead of us."

Although Seidl has not been involved in F1 since the BMW-Sauber days, he suggests that some aspects of the sport remain the same.

"The rules have evolved, the cars are even more complex, the teams are bigger, as well as the budgets," he said. "But I think overall the fundamentals haven't changed.

"Each category has its own rules and individualities, but at the end of the day the principles to become successful are always the same. It's difficult to compare Formula 1 racing to endurance racing, because of the nature of the races, the number of races and the number of updates you're allowed to bring to event."