McLaren Formula 1 duo Daniel Ricciardo and Lando Norris have admitted they are struggling for answers as to why they are so far off the pace in Bahrain.

Following a difficult test for the team at Sakhir last week, as it was left battling brake overheating problems, the Woking-based outfit endured ongoing frustrations in Friday practice for F1's season opener.

Having ended FP1 in 16th and 17th positions, Norris managed to set the 11th fastest time in FP2 while Ricciardo ended up 18th after a water pressure problem forced him to stop early.

Speaking afterwards, both drivers conceded that things were far from ideal and it would take a lot of work to understand.

Asked if the problem was track-specific or related to the overall car, Norris said: "I've got no idea. We've only been here and not other tracks, so at the moment you've just got to say it's [the] package.

"If it's not going to be good here, there are a lot of other tracks that are similar to Bahrain, so just as a package we've got to improve. We'll see what we can do tonight and approach it for tomorrow."

He added: "We've got a lot of pace to find if we want to be competitive with any of the guys in the top 10."

Ricciardo, who missed the entirety of the Bahrain test due to a positive COVID-19 test, said that his limited running over the day had left him further on the back foot - beyond the question about the pace. 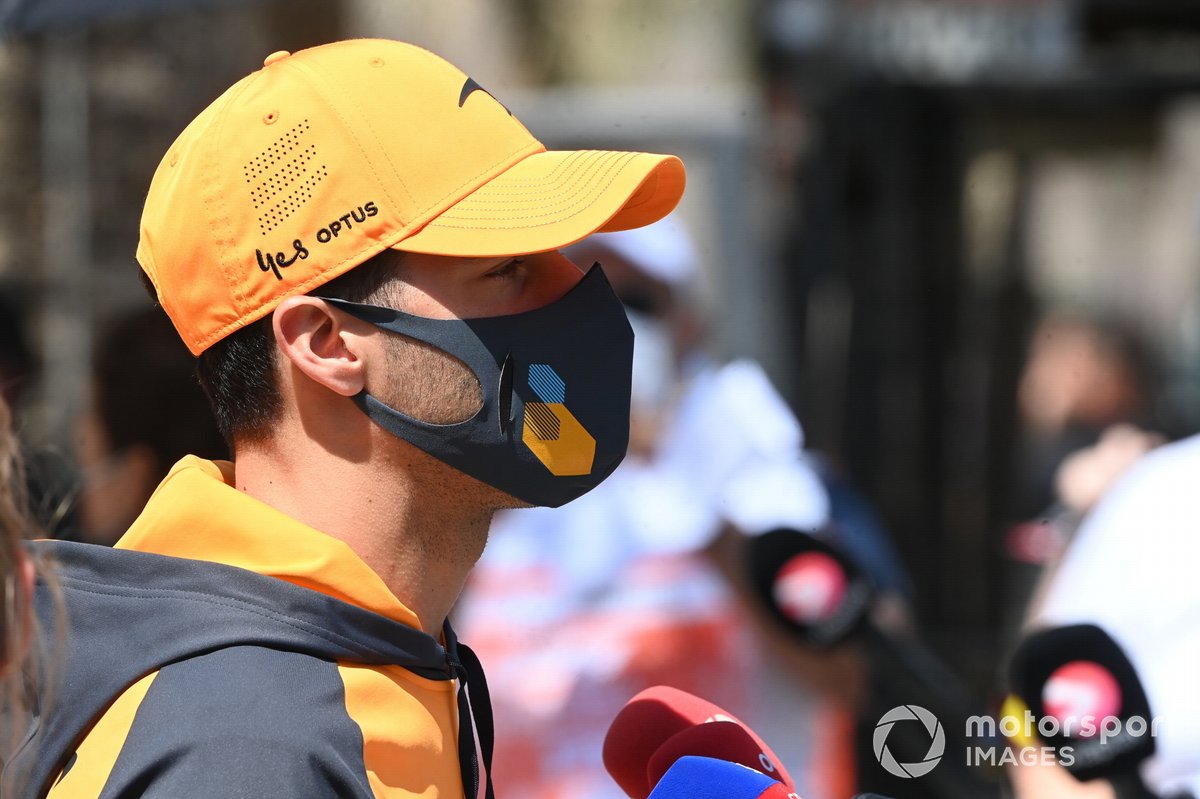 "The car feels okay, but obviously when you're down a little bit on grip, you do struggle a bit more and lock a wheel here or there and make a few errors.

"I'd like to think that we can definitely get a bit better, but we don't have bags of sand or anything at the moment. So yeah, we've got some pace to find."

While the day had not been encouraging from a speed perspective, Norris did say that McLaren appeared to have made some progress with its brake problems.

"Feel-wise, it will never feel any different. It's just: do we catch fire or not? That is the question," he said.