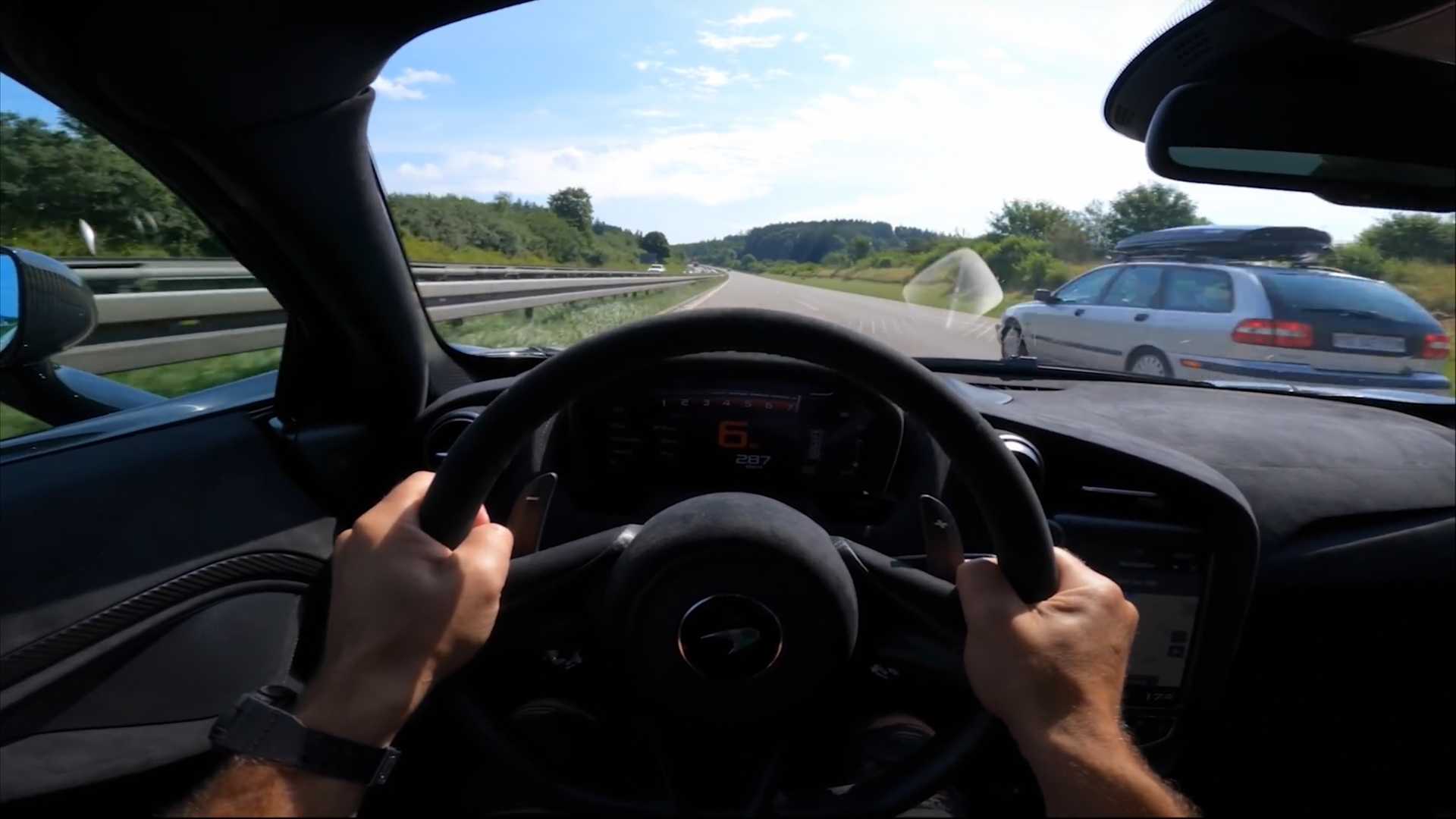 Get a driver’s view in the potent supercar.

Unrestricted sections of the German Autobahn are a draw for car enthusiasts looking for speed. Countless videos uploaded to YouTube and elsewhere online have captured high-speed runs on the public highway, and a new video from Novitec Group, the popular tuner, shows a menacingly black McLaren 765LT doing just that.

It appears that this is a stock McLaren. The video title calls it “original” even though Novitec offers visual and performance upgrades for the model. However, we see none of these in this example. The 765LT packs a twin-turbocharged 4.0-liter V8 engine that produces 755 horsepower (563 kilowatts) and 590 pound-feet (800 Newton-meters) of torque. The engine pairs with a seven-speed dual-clutch gearbox that shifts 15-percent faster than the one in a 720S. According to the automaker, the 765LT can hit 62 miles per hour (100 kilometers per hour) in 2.8 seconds.

All that power was on full display on the crowded Autobahn as the video provided a unique POV behind the McLaren’s steering wheel. The camera’s position made it feel as if you were actually sitting in the driver’s seat peering out over the top of the dash, the car enveloping you. The digital speedometer is difficult to read in parts, though it nearly reaches 300 kph (184 mph) as it passes traffic on the orderly road; however, the car does break the 300-kph barrier elsewhere on the road.

How Fast Would You Drive?

It’s always fascinating to see a supercar used to its full potential on a public road – that’s not a luxury afforded to most of the world. Other drivers politely move out of the left lane as the McLaren approaches, allowing it to continue its high-speed run without much delay. The 765LT’s stock 755 hp is plenty to rocket down the Autobahn with, though those waning a bit more could opt for Novitec’s upgrades and get 855 hp (629 kW) out of the car.