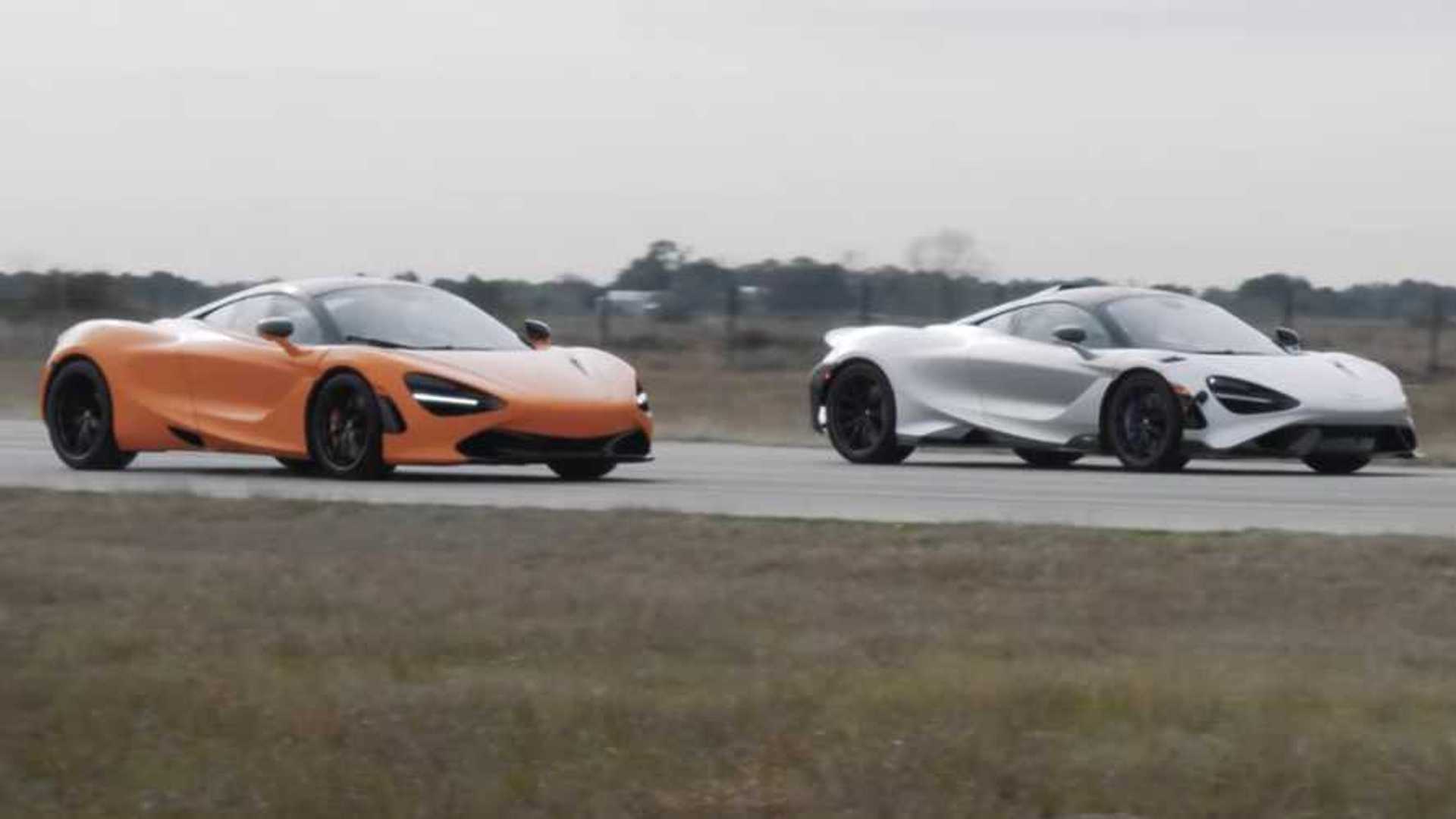 Both are quick, but there can only be one winner.

If you're behind the wheel of either a McLaren 720S or 765LT, then things are going well for you. However, a new video from Hennessey highlights the difference in performance between these six-figure machines.

The 765LT takes the 720S and turns up the heat. Its 4.0-liter twin-turbo V8 has755 horsepower (563 kilowatts) and weighs 136 pounds (61.69 kilograms) less than the basic version. According to McLaren official specs, it gets to 60 mph in 2.7 seconds, but the performance improvements increase as the speed grows. The automaker claims the Long Tail hits124 mph (200 km/h) in 7.0 seconds. The supercar covers the quarter-mile in 9.9 seconds, and on a prepped strip, this time can be even lower.

The first drag race starts from a stop. As you might expect, it's no contest. The two vehicles are briefly side by side. Within a few feet, the silver 765LT speeds ahead and stays there throughout the distance. There are a couple of car lengths between them when the supercars cross the finish line.

The next race is more interesting. They race from a 45-mph (72-kph) roll. However, the speedometers in the video show closer to 50 mph (80.5 kph). The 765LT is in third gear, and the 720S is in first. You might expect the lower cog to give the less powerful vehicle a little help, but it's not enough. The Long Tail scores another victory. The distance between them appears closer, though.