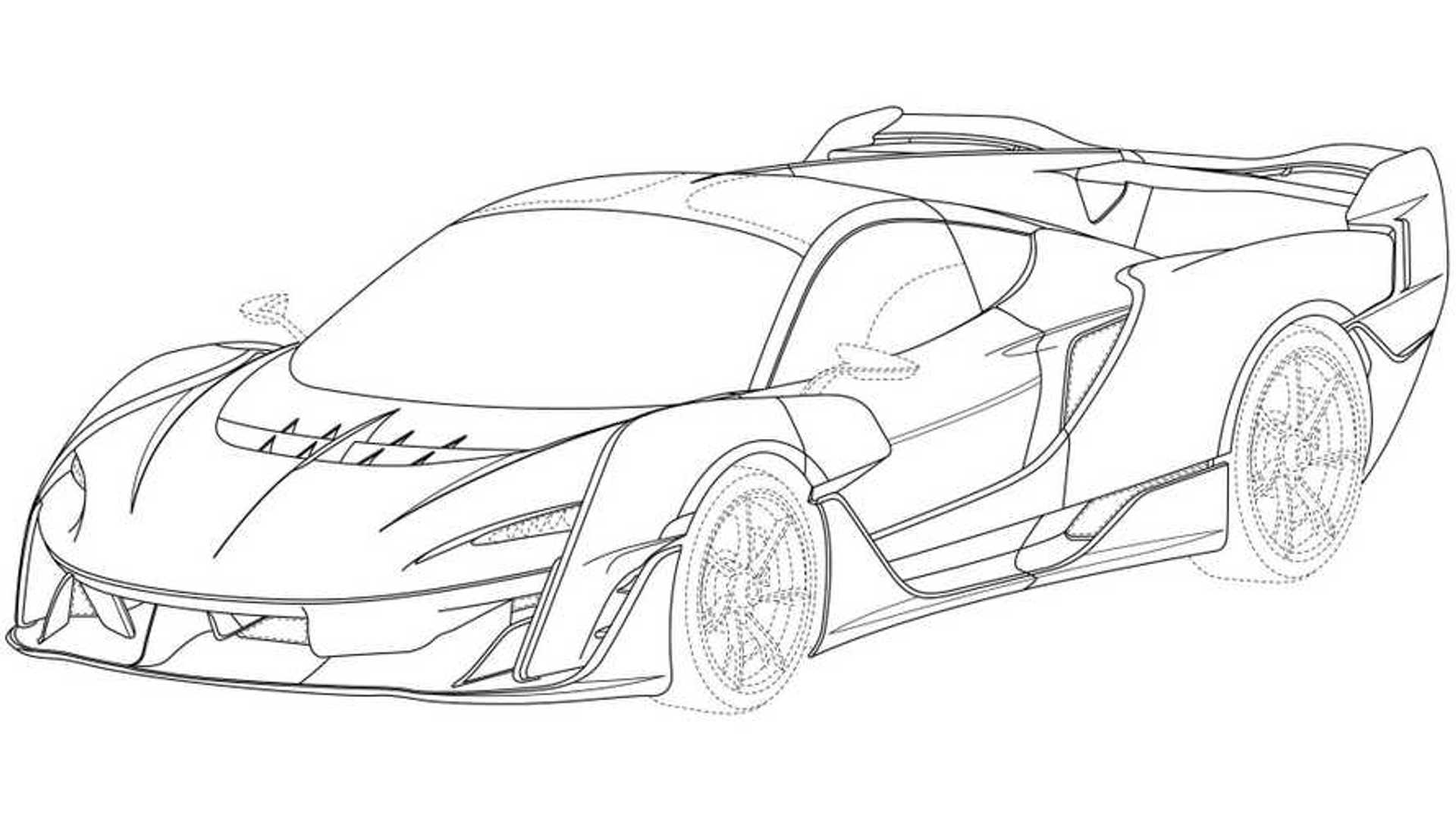 The body shows a clear focus on aerodynamics.

The team at McLaren keeps very busy, and these design trademark images from the UK might be our first glimpse at the next model to join the brand's Ultimate Series range. To be clear, this does not appear to be the Artura that the British brand is teasing ahead of an upcoming debut. Autoweek from The Netherlands first discovered the filing

McLaren filed the paperwork for this design trademark on November 5, 2019. The documents are fairly barebones but show the company registering this look for the classes that motor cars, games and toys, and screen displays and icons.

The design is as aggressive as you'd expect from an Ultimate Series McLaren. There's a low-slung nose with a huge splitter. Tiny, curved headlights are on each side of the front end. Vented portions at the base of the windshield are likely connected to the openings in the front fascia for channeling air over the roof. The sharp edges of the fenders rise above and wrap around the hood. It's hard to tell from the pictures but these elements might function as winglets for creating downforce over the wheels.

Looking at the vehicle from the side, the cut lines for the doors go deep into the roof, suggesting butterfly or gullwing openings. The rear fenders seem to rise above the wheels and then wrap around to the body creating a flying buttress. On the rear deck, there's a vertical fin that attaches to the wing. Near the base of the roof, there are cutout portions that would direct air towards the engine, the covering for the powerplant features a variety of triangular-shaped holes that are probably for venting hot air. 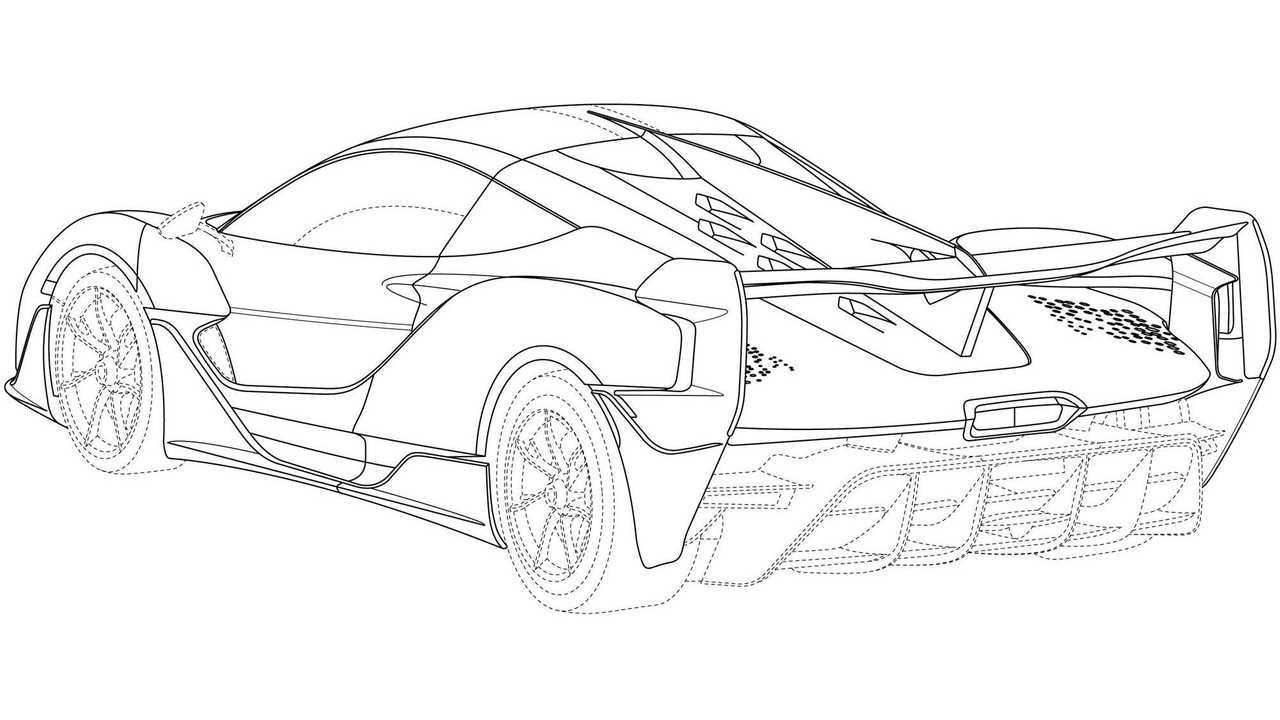 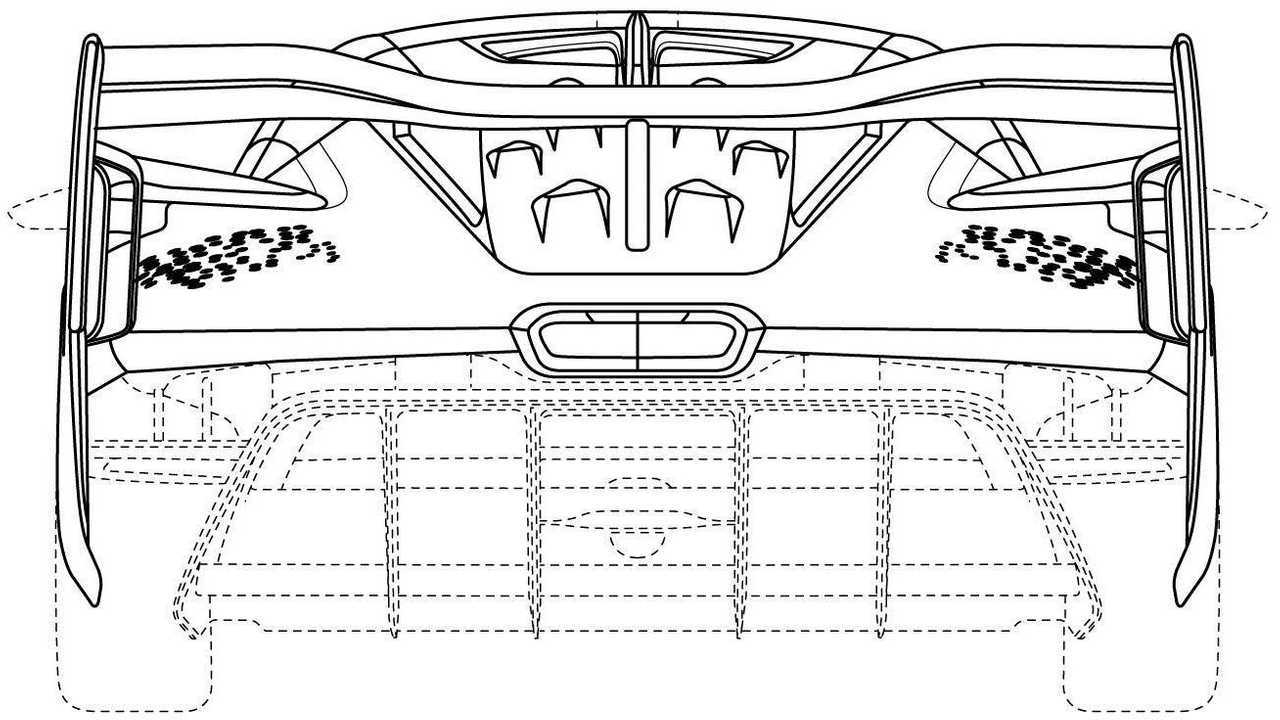 There are black dots on each side of the rear end in several of these drawings. It's not clear if they could represent small vents or mesh. The exhaust exits fairly high on the tail in order to create space for a gargantuan diffuser.

The rear wing has a fairly complex shape. There are two horizontal elements spanning the whole width of the back end. Each upright also has its own vertical piece that would probably aid high-speed stability by cleaning up the airflow leaving the vehicle.

Unfortunately, this vehicle is a mystery beyond the styling. Autoweek speculates that it might turn out to be a spiritual successor to the P1 by being a plug-in hybrid hypercar. In 2020, McLaren filed to trademark several names for future products, possibly including this one, like Arkon, Veo, and Vion.