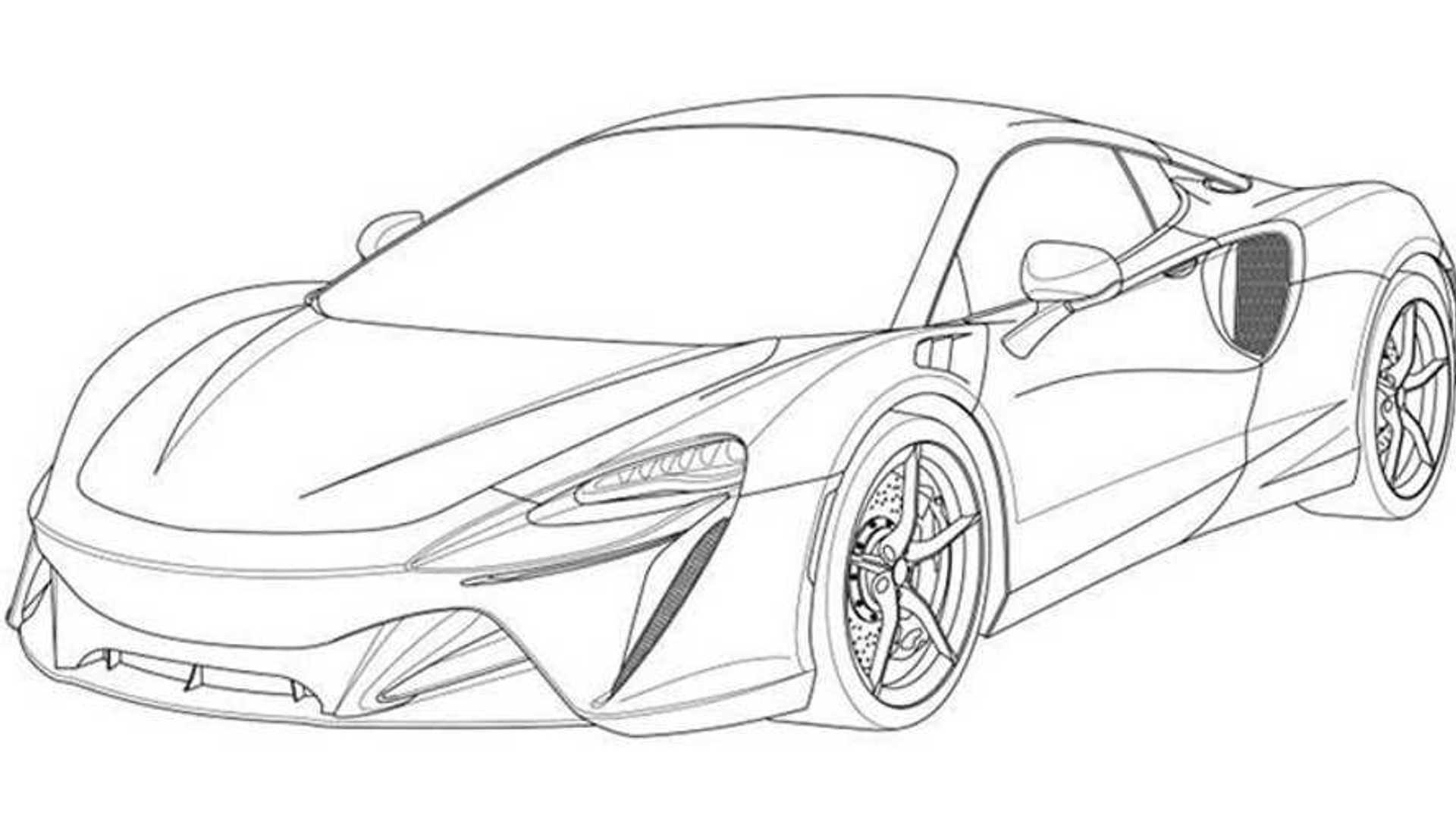 It nicely aligns with our spy shots from this week.

Unless you’ve been living under a rock for the last few months, you know McLaren has kicked off the teaser campaign for its new “entry-level” car. This base model will slot in the Sports Series to replace the 570S and its numerous derivatives that have been introduced in recent years. We’ve already seen our fair share of camouflaged prototypes, and today we’re bringing something that's perhaps even better.

Registered in China with the World Intellectual Property Organization (WIPO), these patent images show McLaren’s new electrified supercar from all angles. The trademarked design was discovered by our colleagues at Automobile Magazine and is generally in line with the spy shots we published just yesterday. 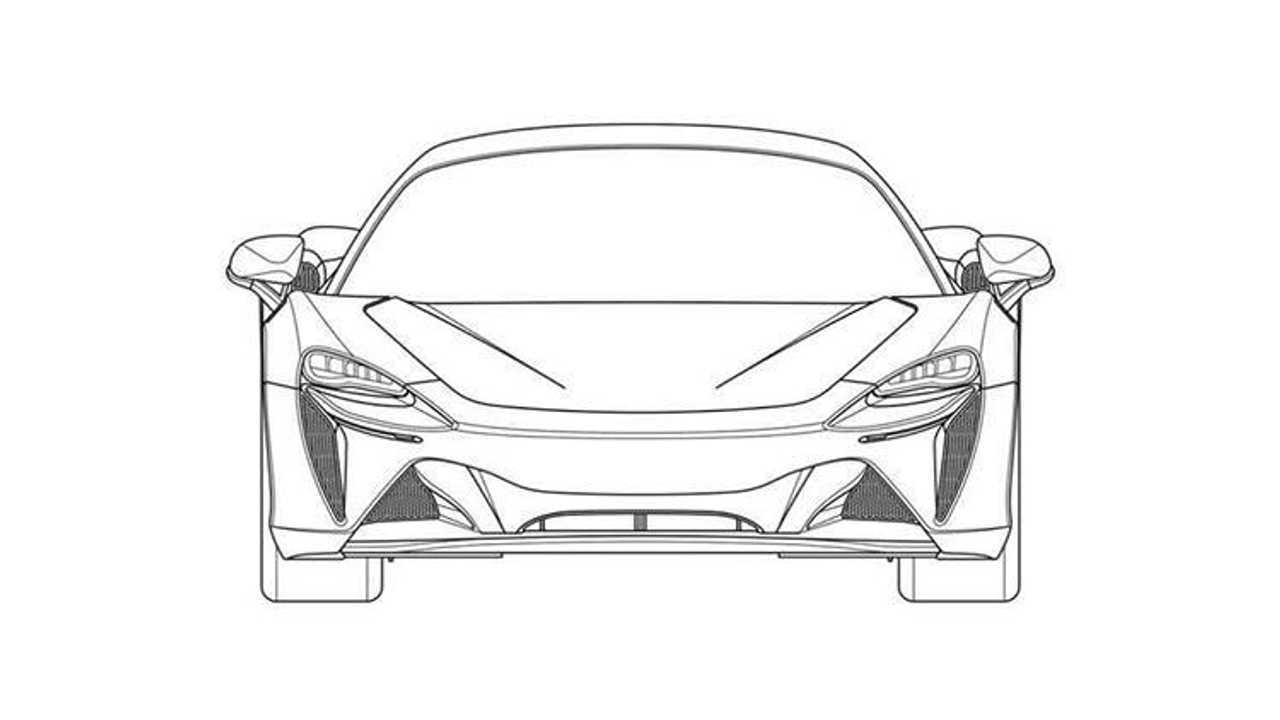 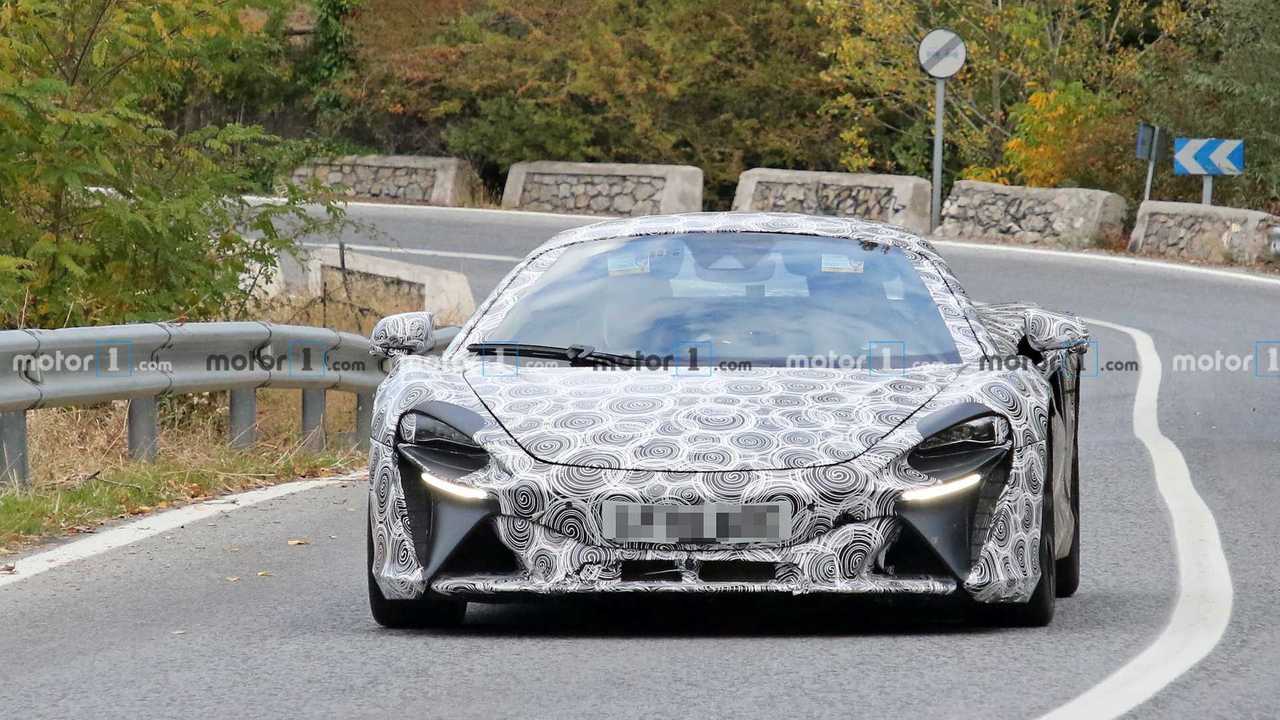 It’s not a carbon copy of that prototype since the car depicted in the adjacent patent application has two long creases on the front trunk that the test vehicle seemed to be lacking. That might’ve been the camouflage playing tricks on us, unless the Chinese version will have a different frunk design. Everything else appears to be a carbon copy, from the slightly curved LED daytime running lights to the placement of the dual exhaust tips. 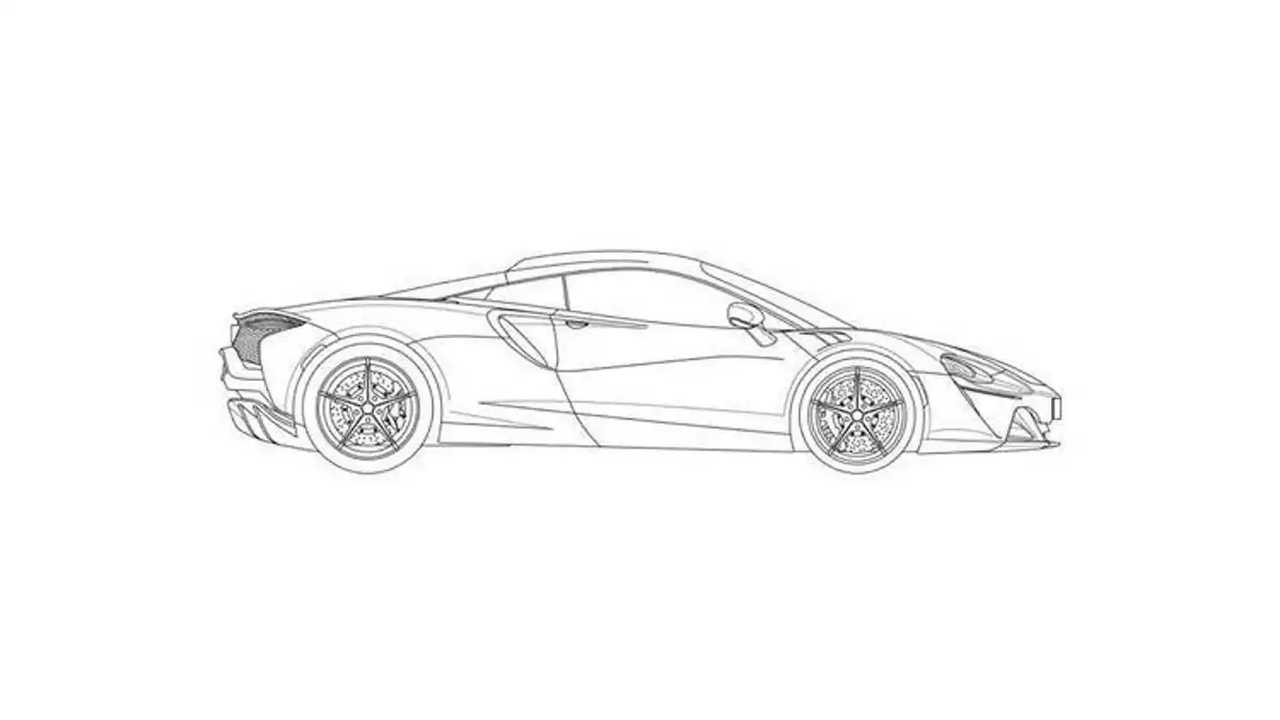 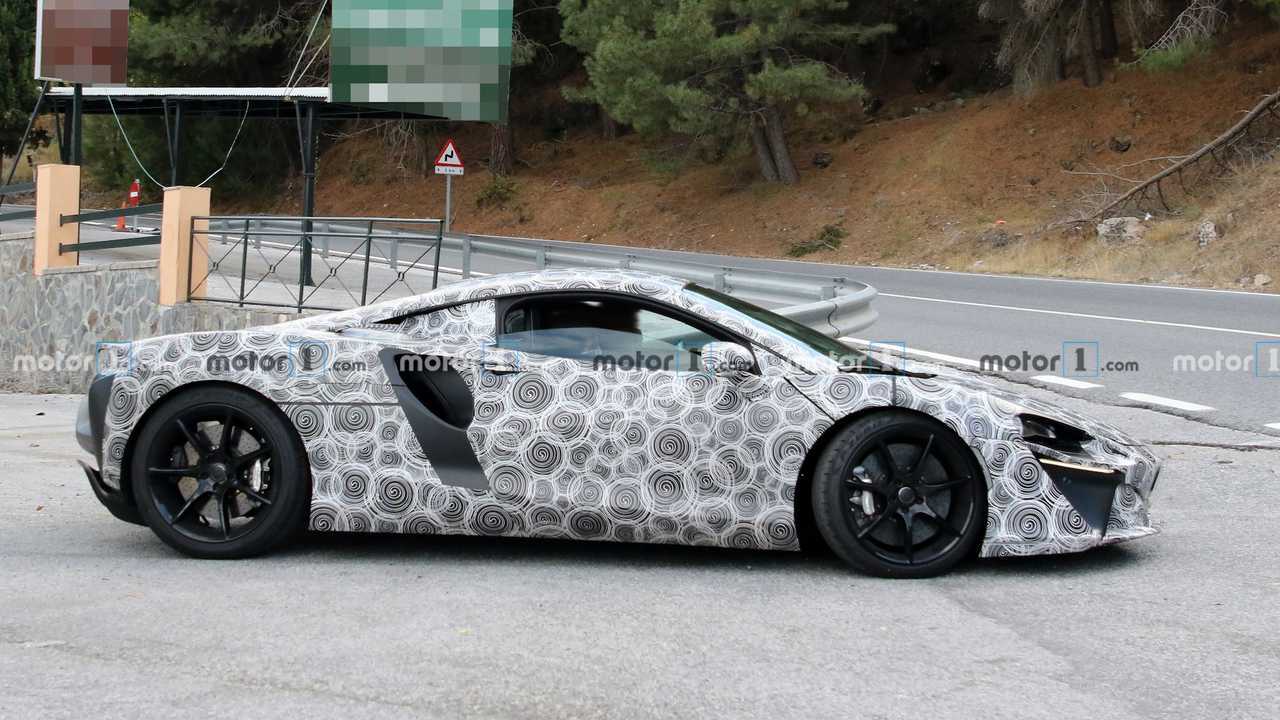 We’ve attached these side by side photo comparisons to emphasize the similarities between the prototype and the patented design. You can easily see the shape of the main headlights is basically identical, as is the front bumper design with its generous air intakes. Speaking of which, the side intakes feeding air to the newly developed engine are flanked by two prominent character lines we can see on the prototype even though the body is disguised.

What the spy shots failed to show were the little vents in the front fenders that we can observe in the patent images. At the back, the diffuser with its two pairs of dual vertical fins is noticeable on the prototypes, as are the GT-esque taillights. Overall, the 570S replacement is far from being an all-new design as it’s more along the lines of an evolutionary design. 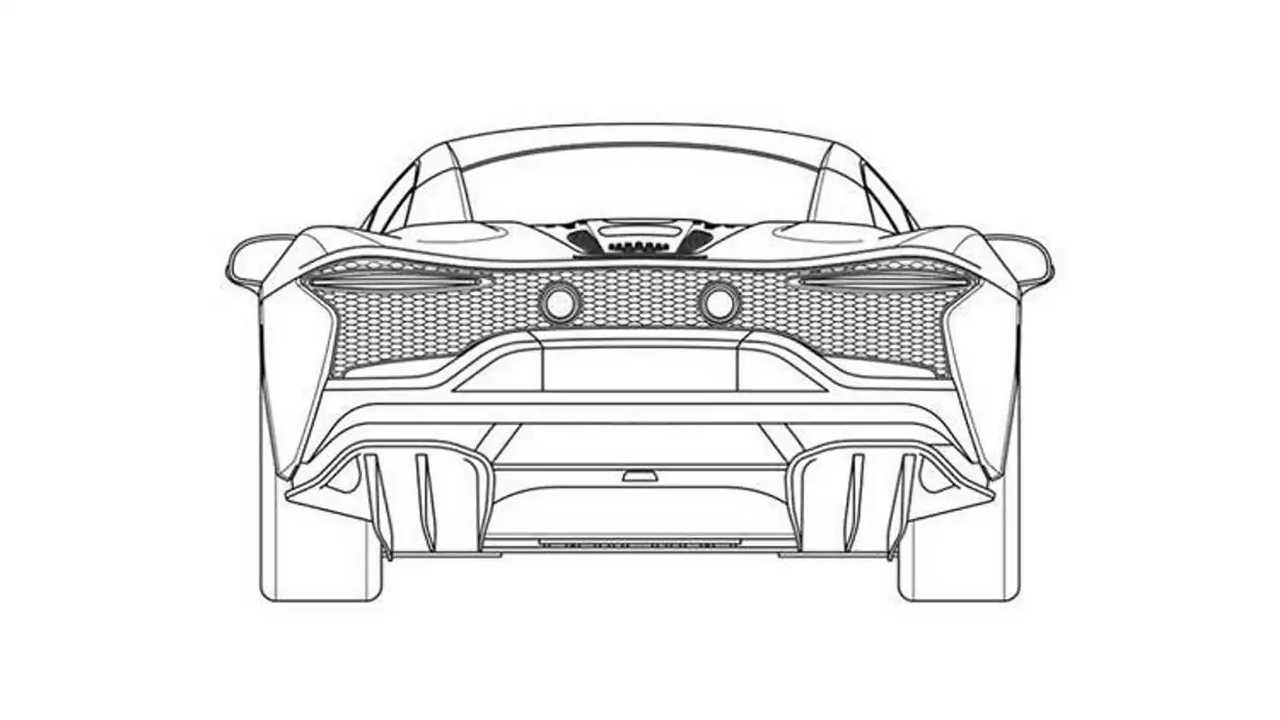 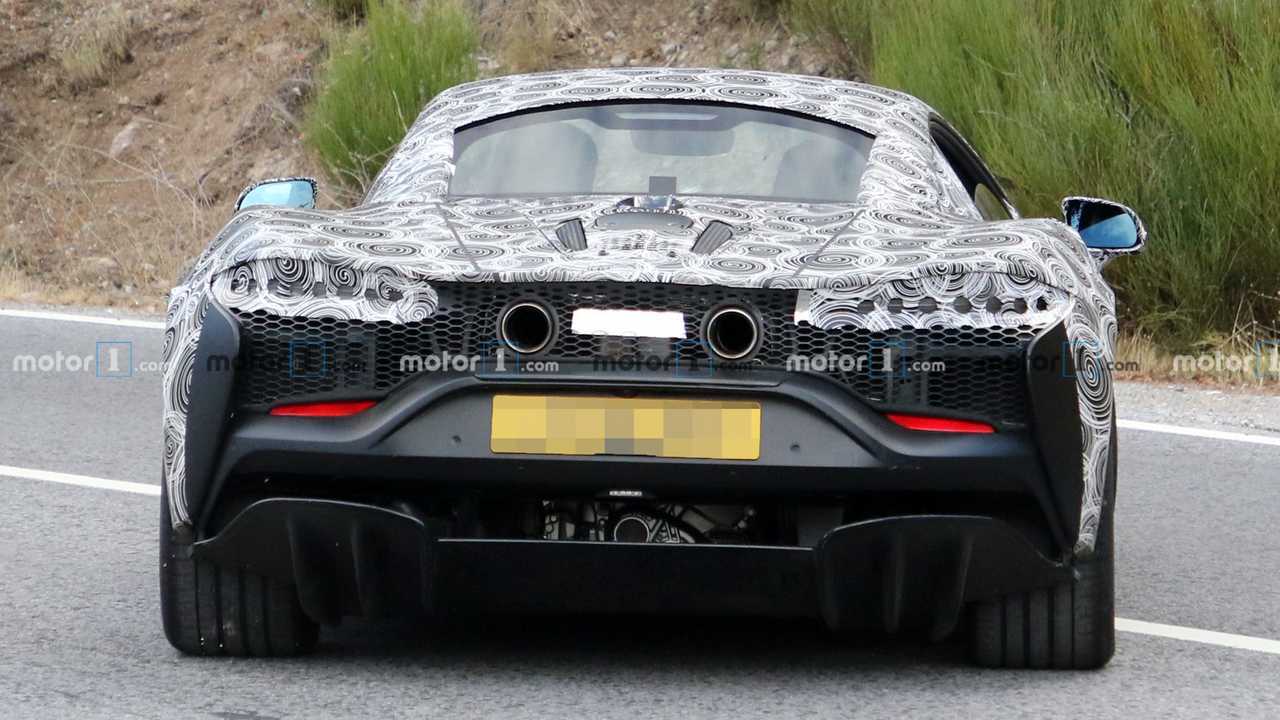 Powered by a new twin-turbo V6, Woking’s “High-Performance Hybrid” will ride on the all-new McLaren Carbon Lightweight Architecture (MCLA). It’s due to be launched in the first half of next year, with a name that will likely follow the company’s nomenclature by using the horsepower amount in PS (GermanPferdestärke).

Despite losing two cylinders compared to the 570S, it should still pack more punch thanks to the electric assistance provided by the hybrid powertrain. The car’s output can easily grow without the risk of stepping on the 720S’ toes, so more than 600 electrified horses are likely in the offing for the new Sports Series model.

Weight is the enemy of performance, but McLaren previously said the new model will only add 30-40 kilograms (66-88 pounds) over the outgoing car. Although not necessarily important for a fully fledged supercar, the 570S successor is projected to have a pure electric range of approximately 20 miles (32 kilometers).

McLaren is expected to take the wraps off its new Sports Series model early next year.